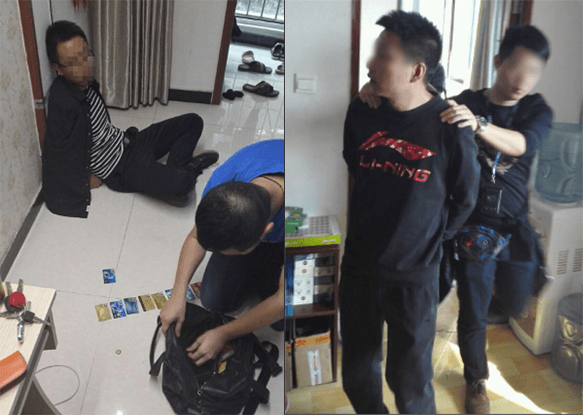 A Chinese court has sent two brothers to prison and fined them for extorting money from Taobao vendors.

From May to July 2016, Liang Tiejun and his brother, Liang Tiemin, set up a fake domain and started filing bogus intellectual property complaints against Taobao vendors, providing falsified proof of intellectual property ownership and asking for takedowns. They would then approach vendors and offer to withdraw the complaints if the vendors paid them a so-called “license fee.”

The scam came to light through tips Alibaba provided last August to authorities in the Guangdong province city of Foshan. Alibaba’s platform governance team detected the malicious claims through analysis of big data. Foshan authorities investigated and worked with police in China’s Hebei and Hunan provinces to arrest the brothers in September 2016.

The investigation determined the two brothers had extorted anywhere between RMB 1,000 and RMB 30,000, depending on the value of the products, from 98 Taobao vendors in 16 provinces and 47 cities over the two months.

Their case was heard by the Guangdong Province Nanhai District People’s Court in Foshan City. The court identified seven cases of extortion over the Internet for total amount of RMB 49,200. It sentenced Liang Tiemin to one and a half year in prison and fined him RMB 10,000. His brother, Liang Tiejun received an eight-month sentence and a RMB 5,000 fine.

Alibaba has stepped up its IPR-protection efforts in recent months. Executive Chairman and founder Jack Ma has called for tougher laws, better enforcement and stiffer penalties for violations. And the group’s platform governance unit has worked closely with authorities, offering tips gleaned from its own investigations and analysis of big data, to clean rogue traders and scamsters from its e-commerce platform.

The group has also not been shy about taking those lodging false and malicious claims against vendors to court. After first calling for a boycott of companies and agencies engaged in malicious claim-filing, on Feb. 14, Alibaba sued an IPR agency, Hangzhou Wangwei Technology Co. Ltd., for unfair competition by filing false claims and sought civil damages.

Her unit last year identified 5,862 accounts suspected of making malicious complaints and estimates the loss of assets and business involved at RMB 107 million.

Alibaba has also lodged lawsuits against vendors who violated the IPR of brands trading on its platforms. Earlier this year, it sought damages for trading violations from a company that knocked off Swarovski products and another that sold fake cat food.